Does every genealogist have a serious brick wall? One they’ve worked on for years? In case you’ve forgotten, Thomas Winston Kimbrough was born according to a source or two, in Louisa County Virginia in 1796. Born to whom is the unanswered question! He married and subsequently moved to western Kentucky around 1819 where he lived until his death in 1868. In our search for T. W. K.’s parents we have become familiar with a wealth of Kimbrough information.  Through investigating multiple Kimbrough families and trying to reconstruct information from burned counties we have come across large number of descendants. We’re hoping by posting information to help others climb over their walls, someone may have the footholds for ours.

The family of Thomas Winston was large and members lived in several Kentucky counties and some in Tennessee. One of the items is the following Bible Record that was found on PERSI. I carefully reviewed the copies of pages we received and transcribed them, as you will see. If you’d like to have copies of the originals I worked with I’m happy to email them to you – they’re too ugly to post. 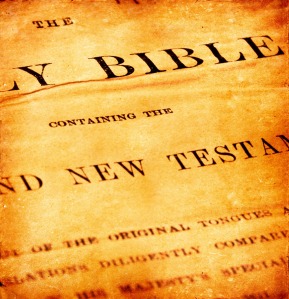 Transcription of copies of Kimbrough Bible 1820

This Bible was undoubtedly from the family of Meridith Garth and Mildred Ann Maria Terry Kimbrough. Meridith was the oldest son of Thomas and is well documented in a variety of ways. No one mentions his grandparents, however.

After our trip to Washington DC we spent a busy two days visiting the Albemarle Charlottesville Historical Society as well as their courthouse and a return to Louisa county and the courthouse there. Both courthouses had the records very available, which was nice, but I missed that wonderful woman from Logan County Genealogical Society who helped soooo much at that courthouse! Landon performed yeoman service in copying lots of very difficult to copy record pages as well as photographing lots of other items and documents. It was more difficult in Louisa as photographs weren’t allowed for some reason. No copies of indexes, either, which made it difficult to pull all of the items we wanted in the limited time we had. His family <that’s who we’re researching, after all> would be proud of his effort! Now we’re feeling like we have lots of information but no concrete ideas or trails to follow. We’ve decided to focus on the William Kimbroughs and see where that gets us.  Taking time to sort and timeline some of the new information and review what we already have will be helpful, I trust.

During our time in Charlottesville at the Albemarle Charlottesville Historical Society we found a great deal on the Garth family, that is prominent there. The librarian, Margaret O’Bryant, was incredibly helpful and really knows the area! We keep running into various documents by Rosalie Edith Davis who wrote The Garth Family, a very comprehensive book. We will order one when we get home.

We moved off the Kimbrough theme a bit as we looked for more information about Richard Gaines and Thomas Garth in Albemarle County. Richard Gaines married Ann Garth, daughter of Thomas and they were the parents of Susan Gaines, wife of “our” Thomas Winston Kimbrough. Susan’s sister married Meredith Kimbrough, Thomas’ brother. Richard Gaines was a carpenter and did a lot of work for Thomas Jefferson. Thomas Garth served as Jefferson’s business manager and may have fulfilled some other offices for him while Jefferson was away from Monticello. We made a point to visit Monticello for that reason and have found several references to Garth and Gaines in the Jefferson papers and other historical documents. Helps history come alive!

Continuing to travel and gather information makes it difficult to post, but as we travel back to the west I hope to update both my information and this blog. We will stop in Salt Lake City, with an eye to clarifying some findings and perhaps gaining even more information, as we ran out of time at the Albemarle Courthouse.