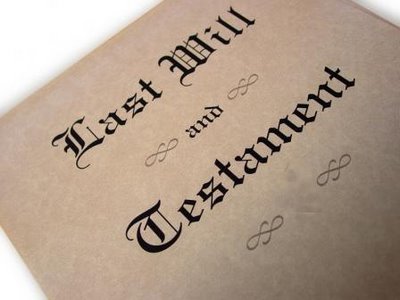 I was lucky enough to spend several days in Salt Lake City at the Family History Library last month. I also got to attend Roots Tech, which was a lot of fun, and I even took the time to attend a couple classes and learned a few things.

While searching at the Library I found the probate file of William Wallace McMurry on Family Search <Tennessee Wills and Probate records, 1779-2008>. William was the 2nd great grandfather of Robert Landon Kimbrough (1919-2009) Landon and Harry’s late father, and was linked only by family story in our records until this discovery. Robert’s mother was Mary McMurry, daughter of Robert Lee McMurry. Here’s how he is related to WWM: 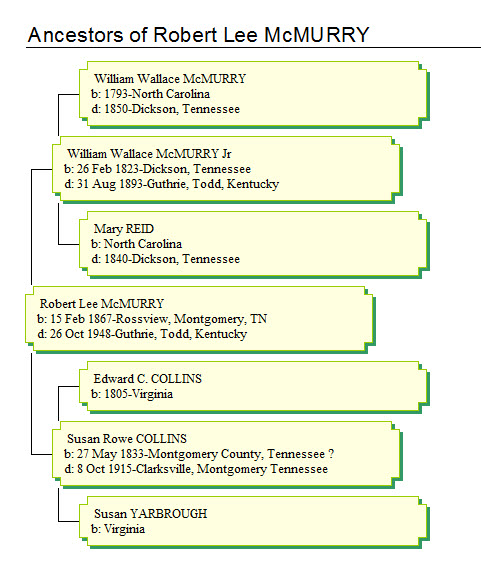 Reading the probate file created the usual challenges: format, reproduction and handwriting.  This, and other documents that I’ve tried to decipher, drove me to buy Reading Early American Handwriting by Kip Sperry. When I was able to make my way through the documents I found a wealth of information about the family. William died intestate in 1850 in Dickson County and at that time had 7 named legal heirs. His wife had predeceased him.

As did all the Kentucky/Tennessee ancestors at that time, William owned at least a few slaves and they were offered at his estate sale as was customary. One of the slaves, Patsy, was mentioned by name and the sale included her 2 month old child. She was purchased by William’s son, J.T. The remaining three slaves were sold to others. Perhaps knowing to whom they were sold will assist others in tracing their ancestors. I am sure there are many untold stories.

William Wallace McMurray Jr, eldest son and our ancestor must have taken to heart all the hard work and possible heartache that was entailed in being his father’s executor. He wrote a will on May 7th 1890 and it was probated in 1893 in Todd County Kentucky. It contained an interesting conditional bequest. 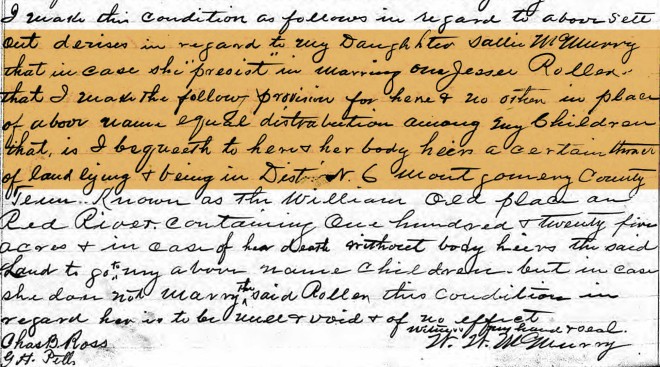 The question remains: was this a good thing, or a bad thing? Was 125 acres and the “William Old Place” more or less than her 1/7th share of the estate? Family story had it that she was to be “disinherited” if she married Jesse Rollow – she did marry him, by the way – but her brothers got together upon the death of their father and refused to deny her share. More research is needed to figure out what really happened with the land. As far as the marriage went, it appeared to be a happy one and they were married until her death in 1941. 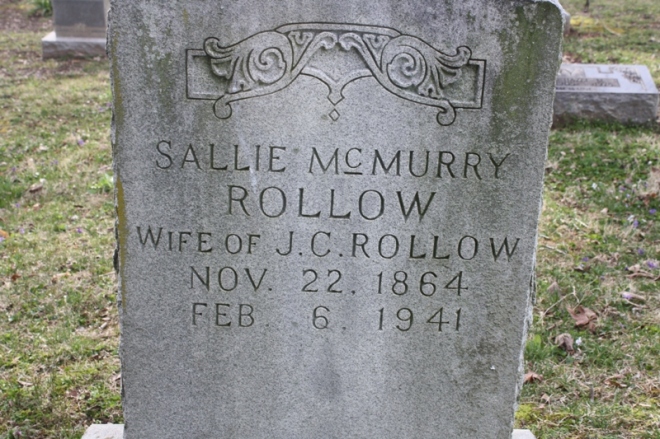